Gordon Coster (1906-1988) was an American modernist photographer and photojournalist, known for his dynamic abstracted views of industrial scenes in the American Midwest and his important coverage of labor and civil-rights issues. 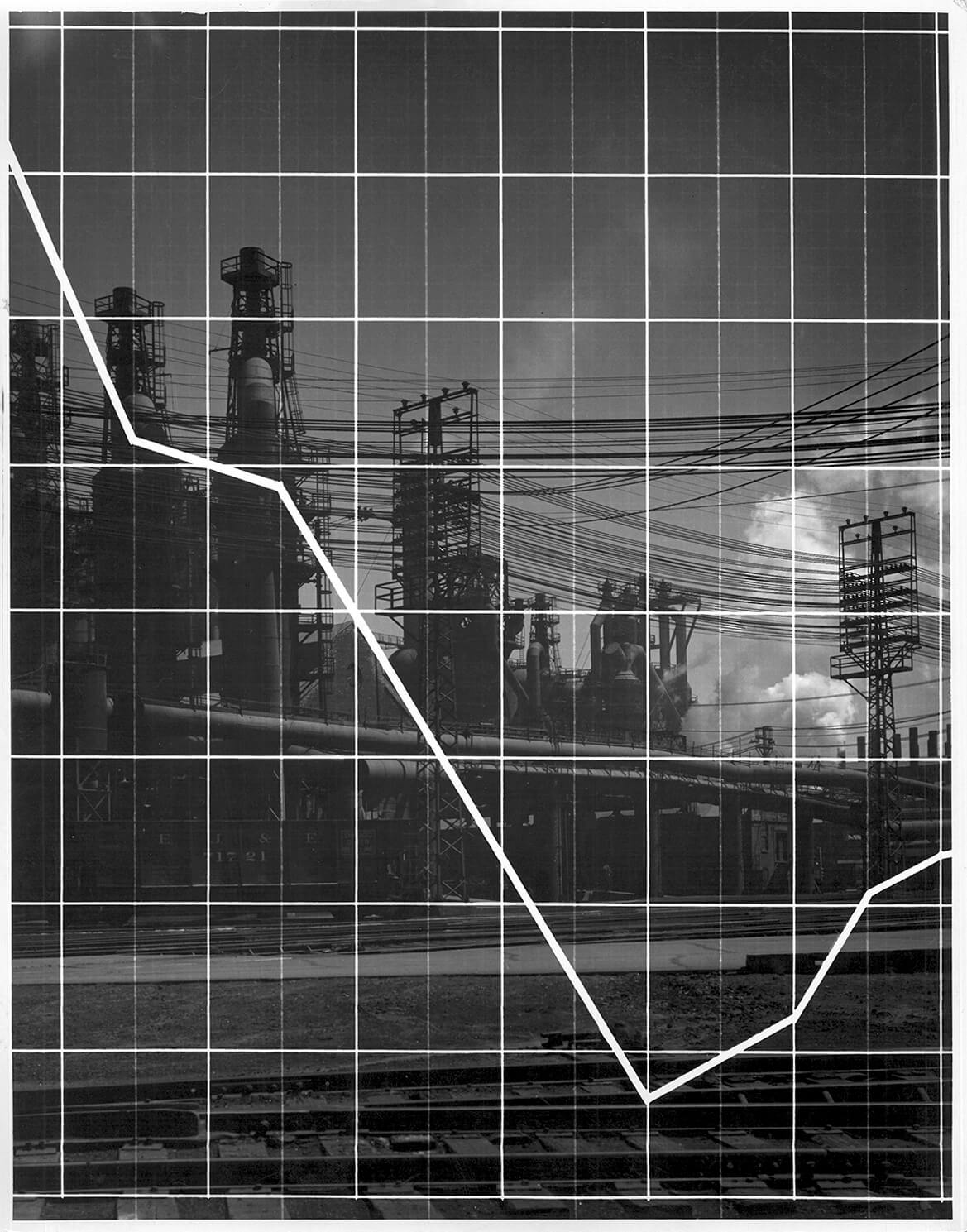 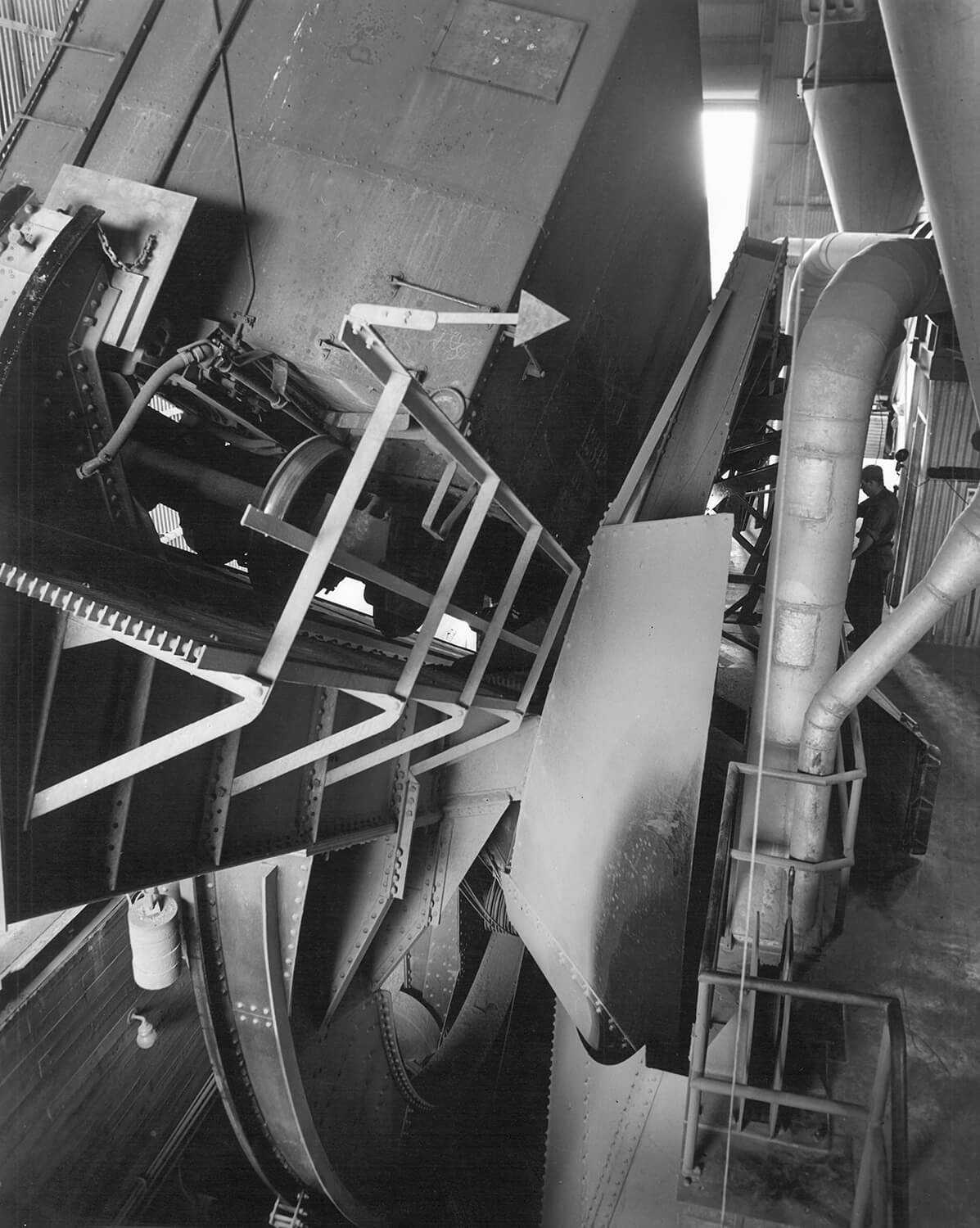 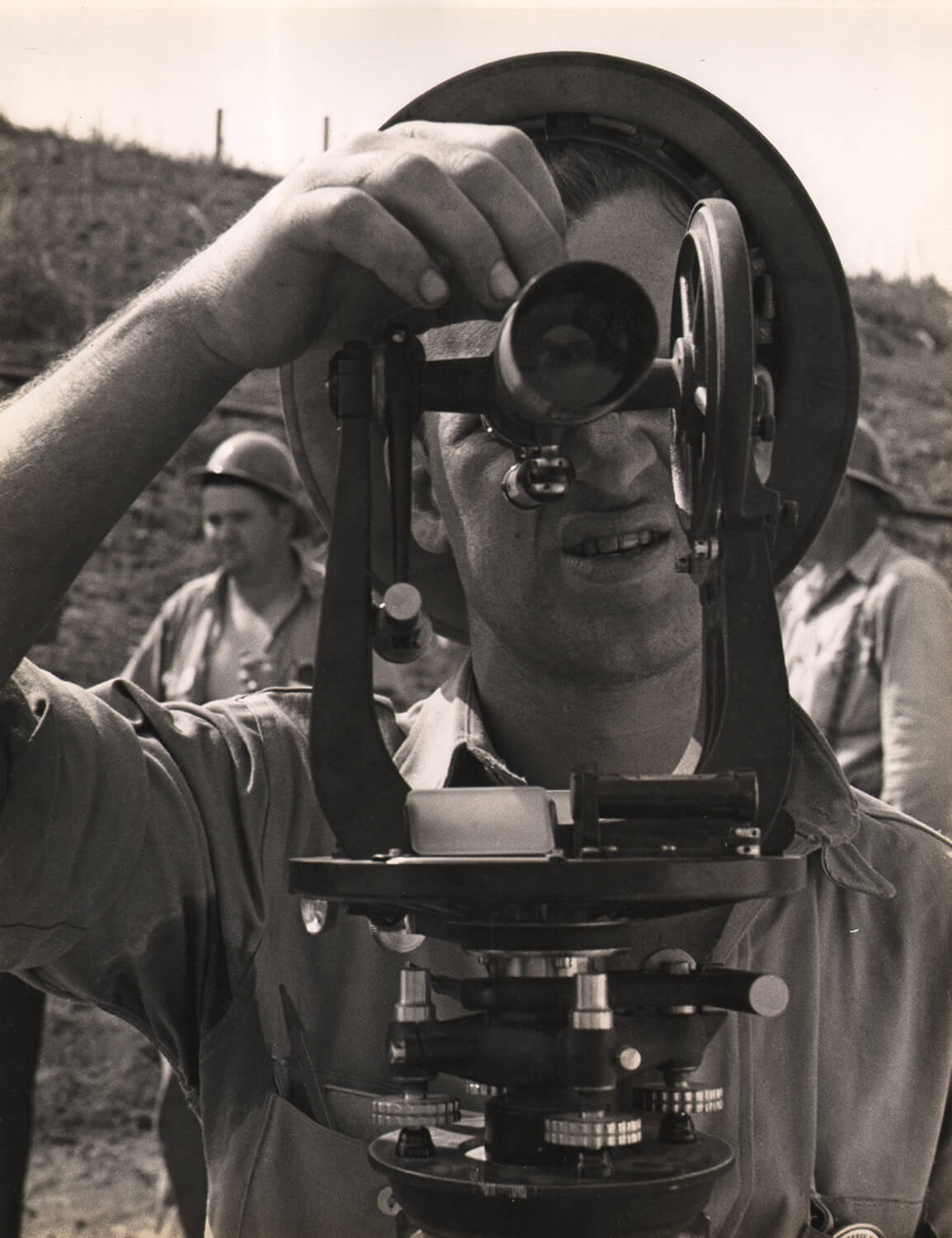 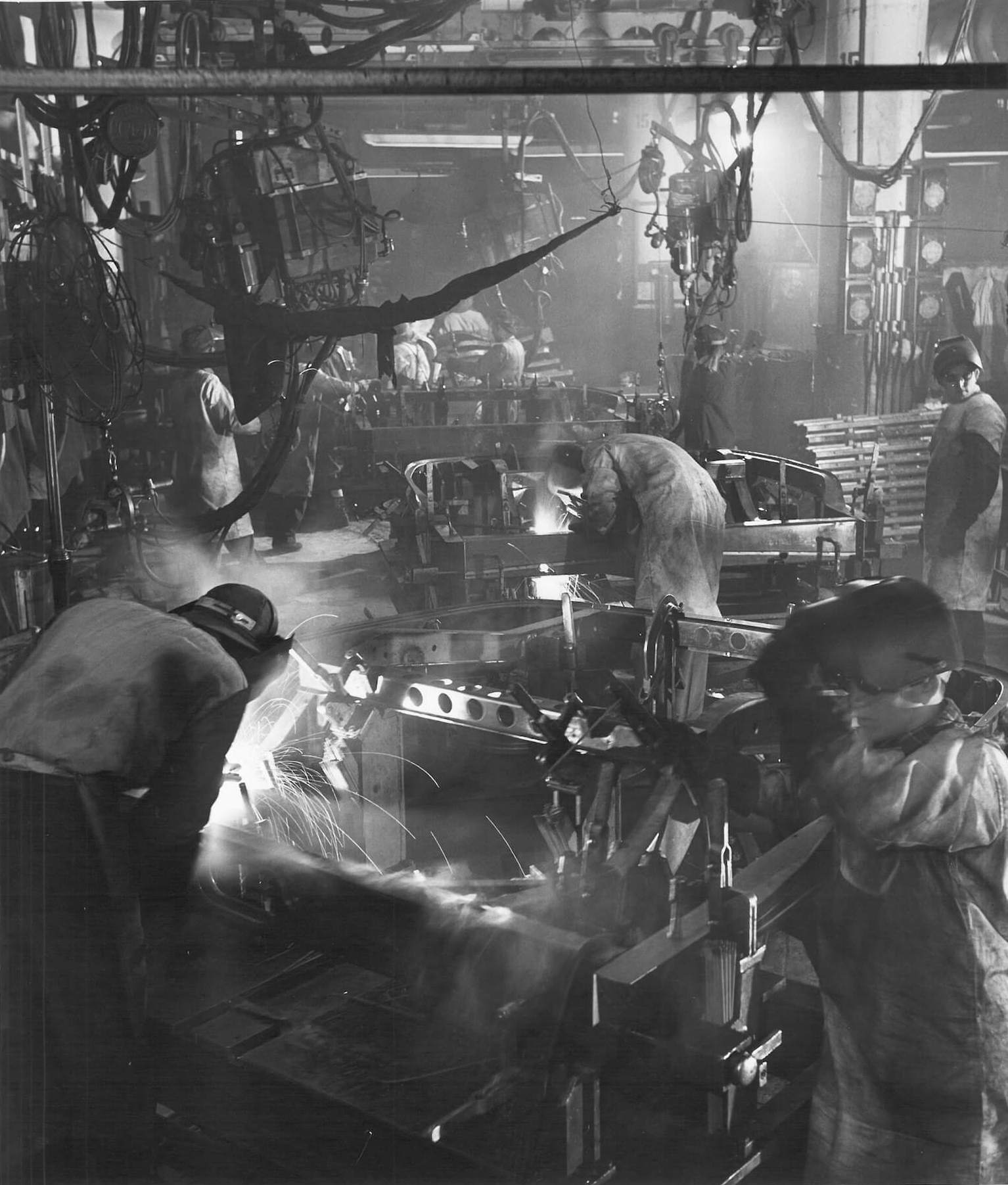 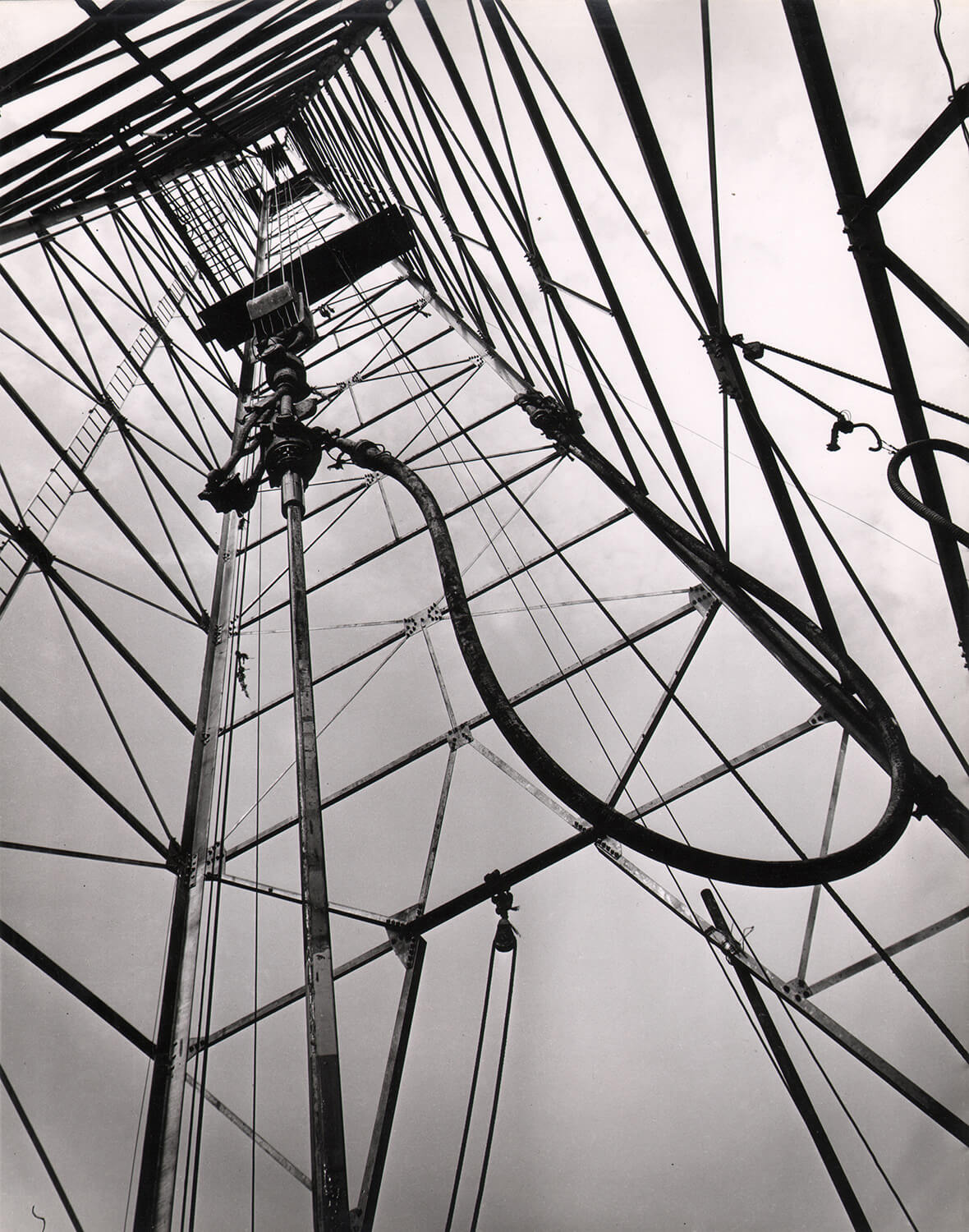 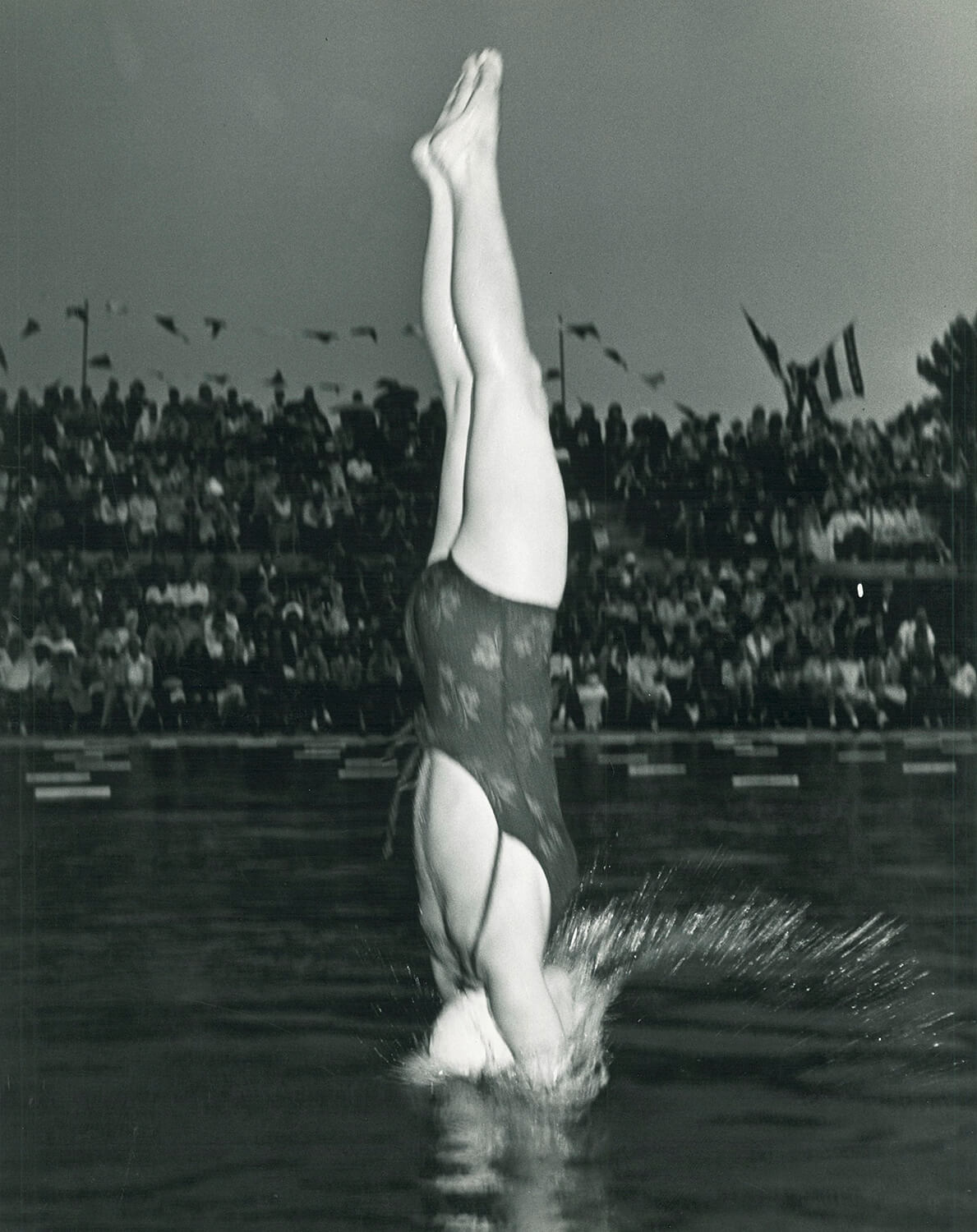 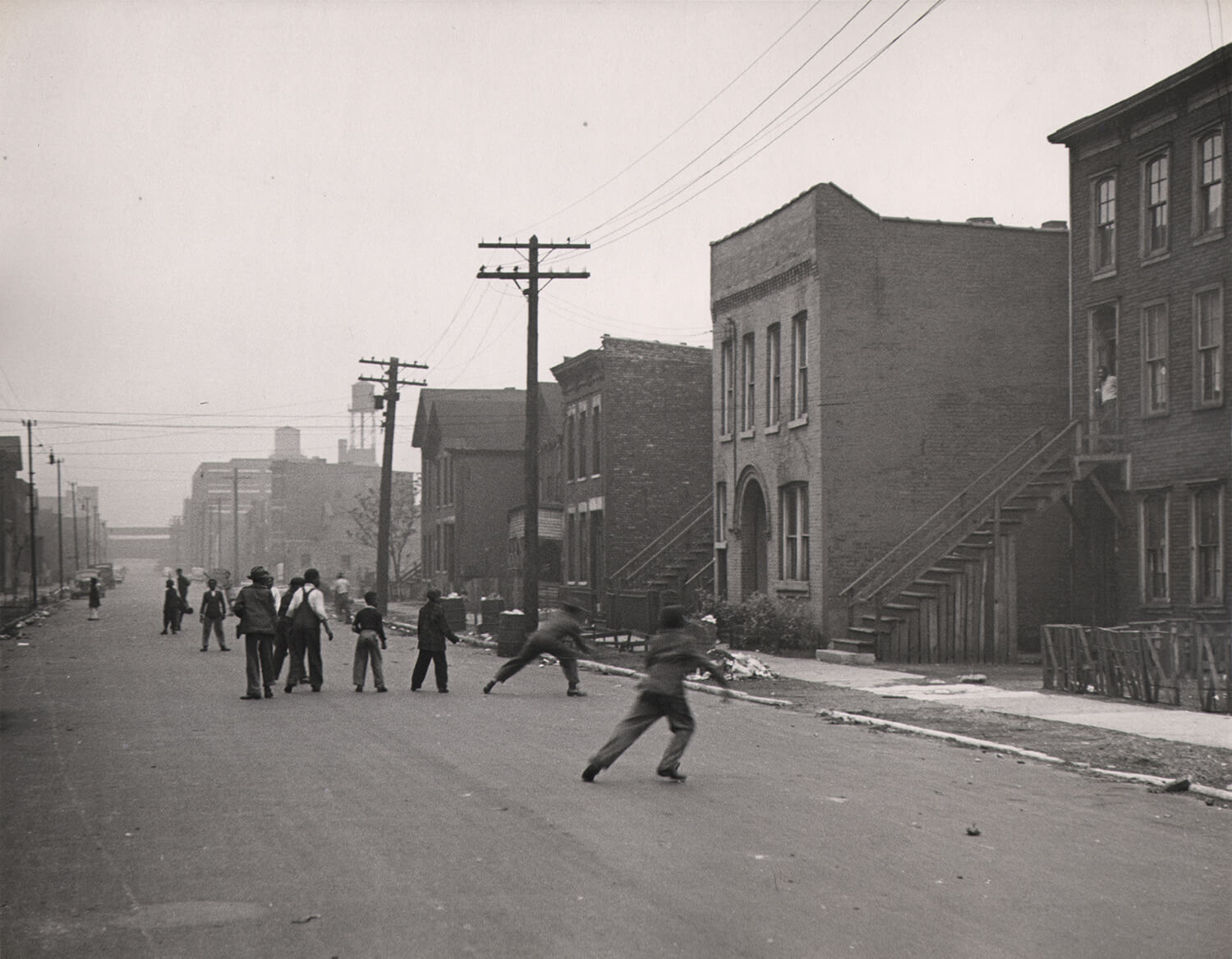 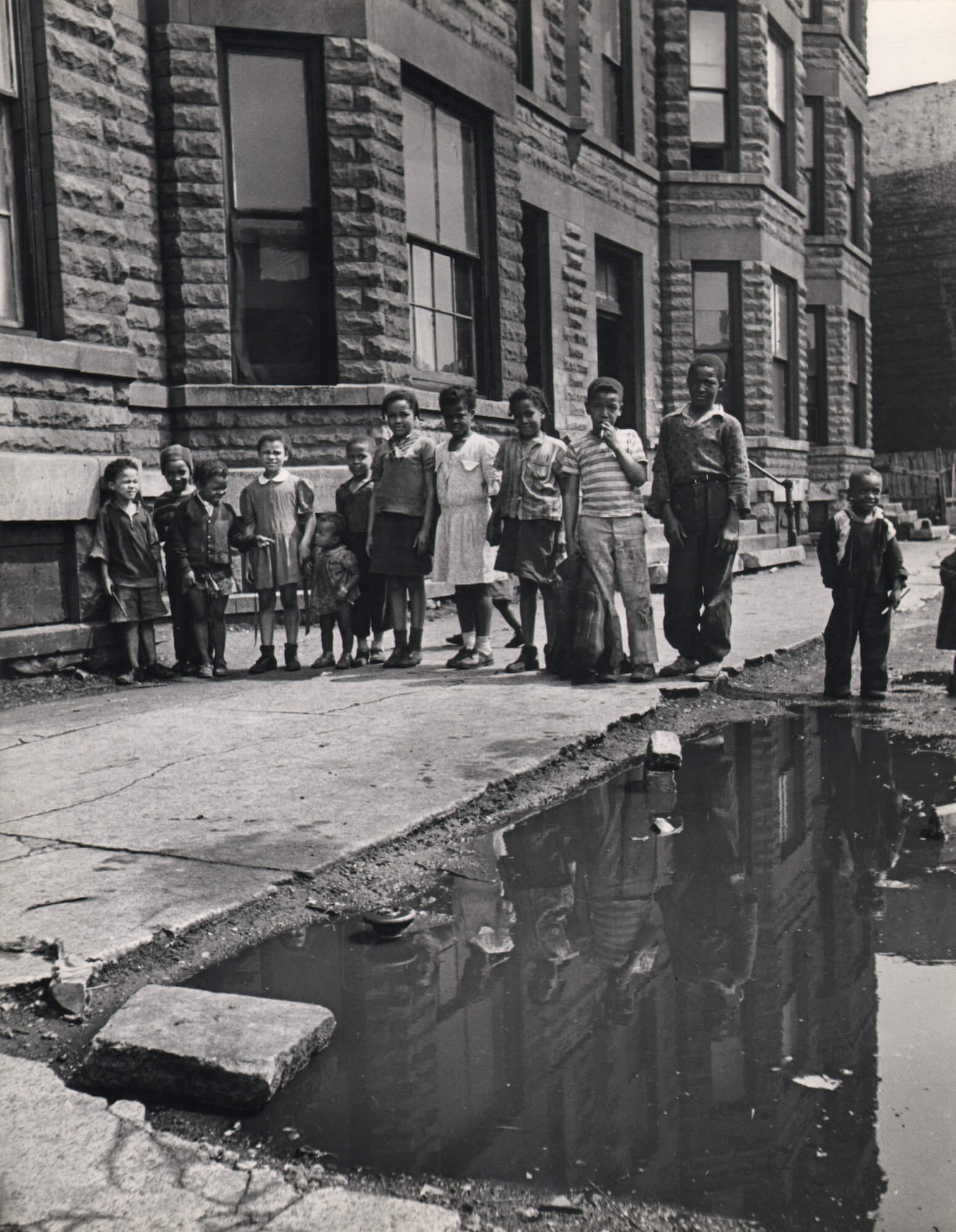 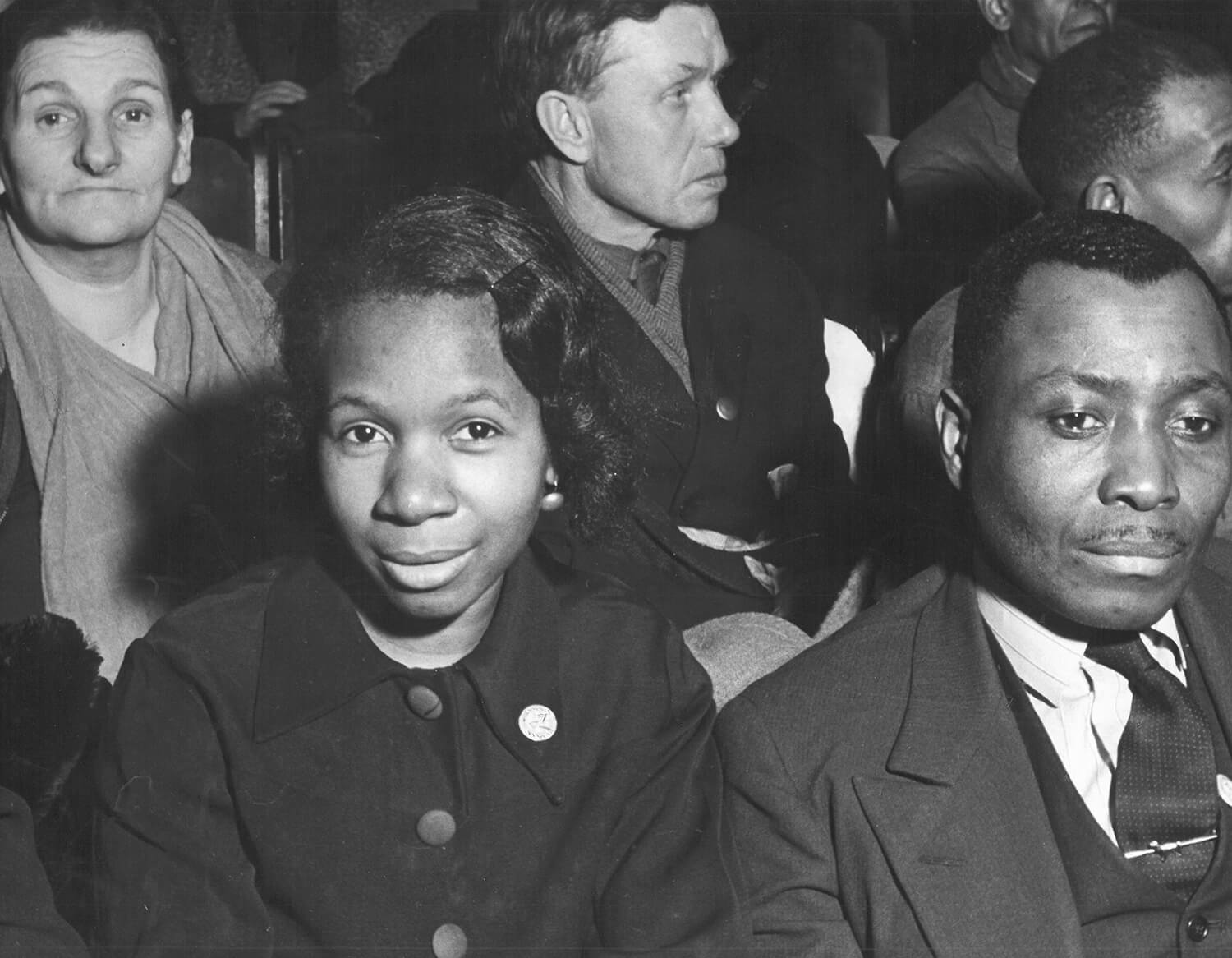 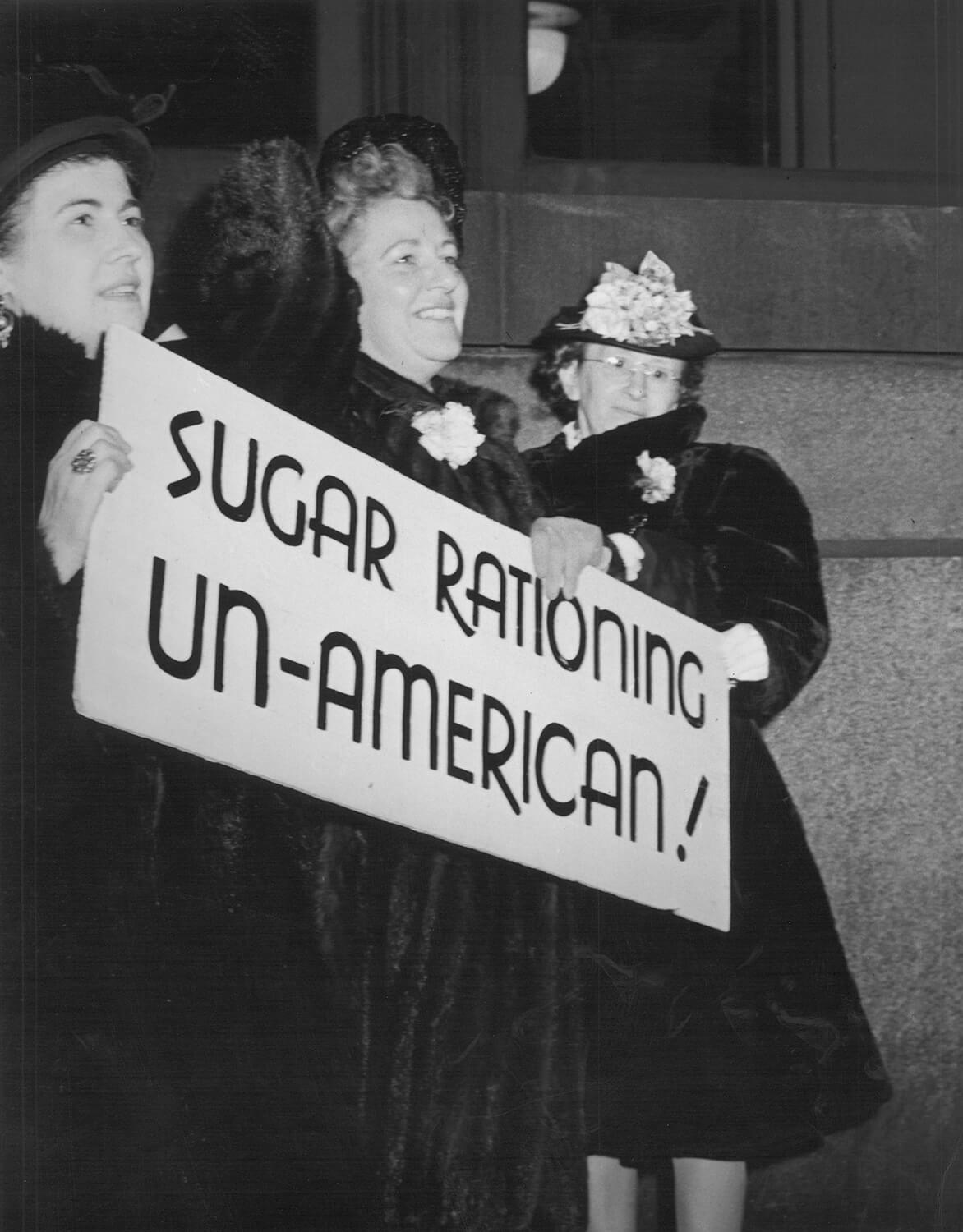 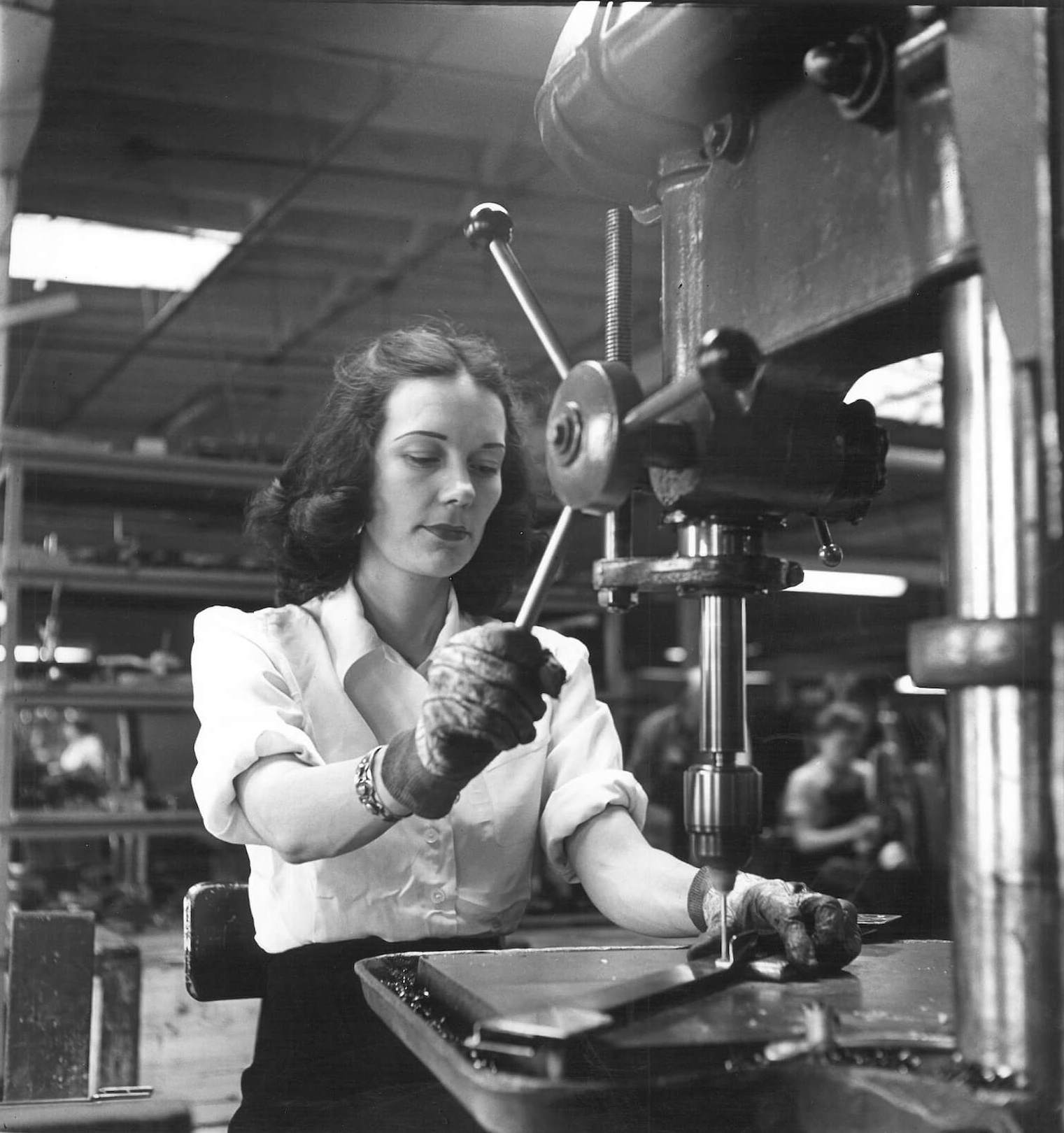 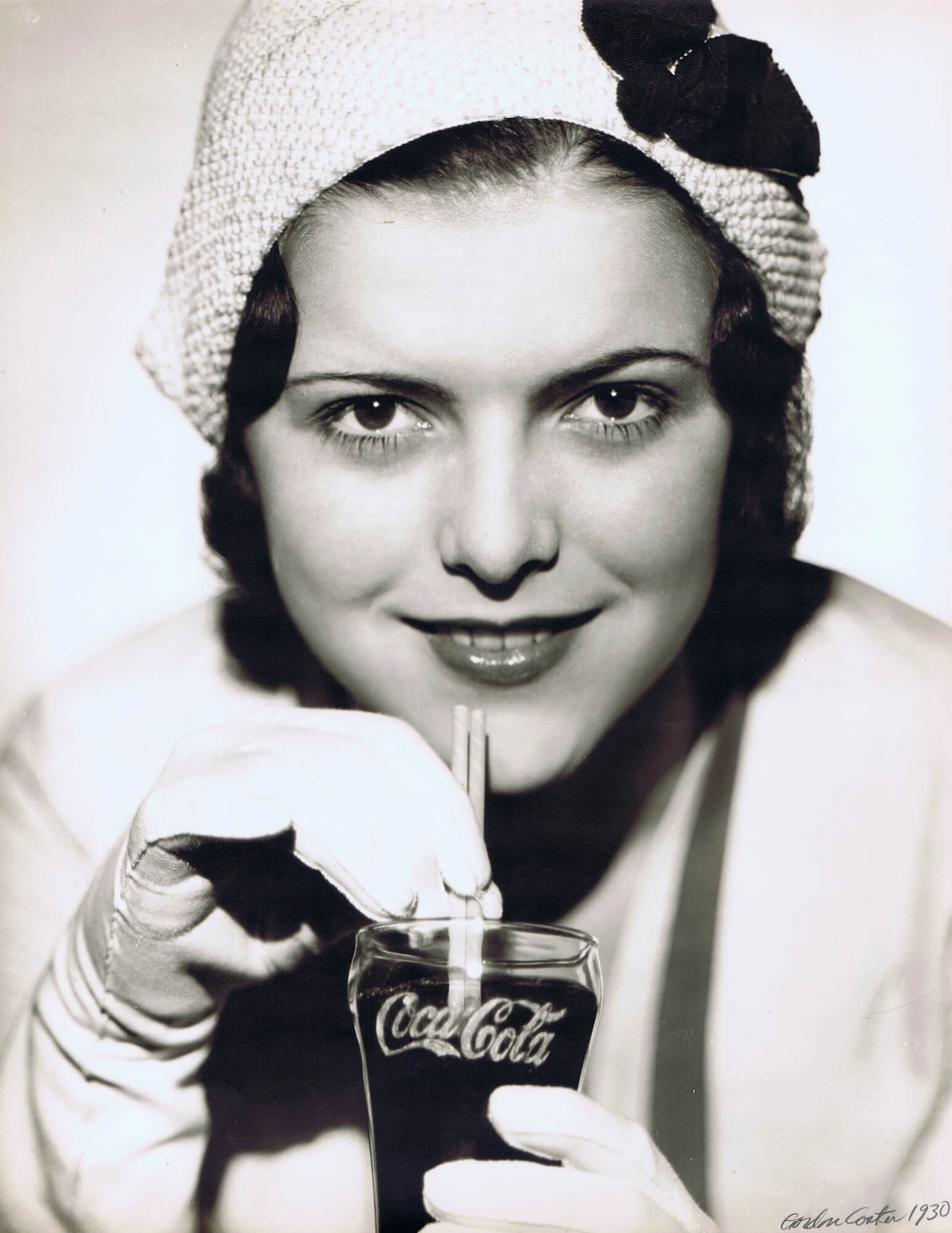 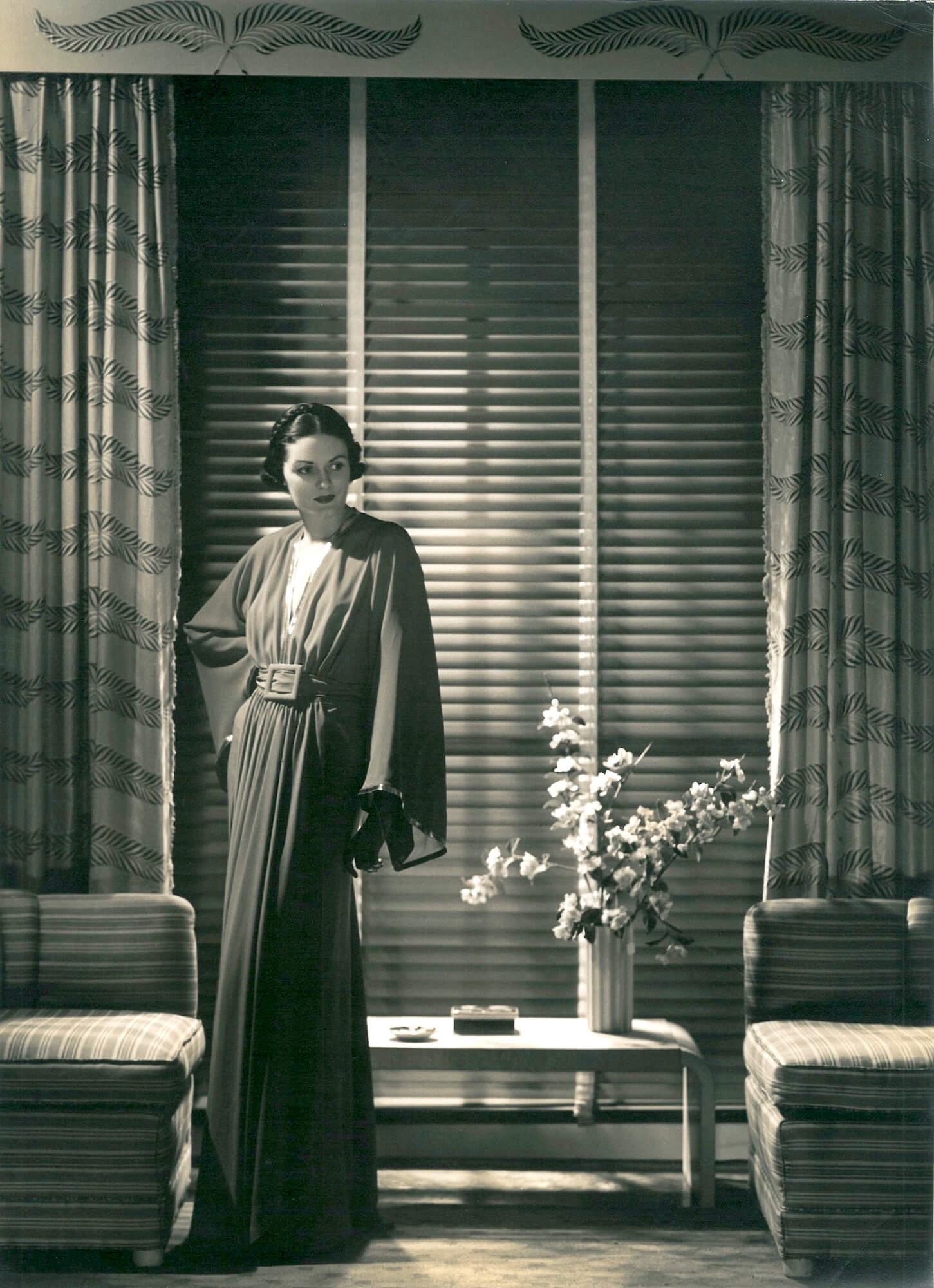 Gordon H. Coster is best known for his abstracted industrial photography of Chicago, as well as for his work as a photojournalist documenting labor and civil-rights issues, the impact of World War II on the home front, and life in the Midwest for Life and Fortune magazines in the 1930s and 40s.

Born in Baltimore, Maryland, in 1906, Coster began taking photographs at a young age, joining the Baltimore Camera Club in the early 1920s. He quickly established himself as a rising star, having his images selected for exhibition in salons. At 19, his image “Shadow of the Washington Monument” was reproduced by the Baltimore Sun, a work inspired by the Bauhaus movement, which he continued to reference throughout his career.

As photography began to firmly overtake illustration in advertising, Coster began a career in commercial photography. He was hired by Underwood & Underwood, a prestigious advertising and photojournalism firm, working first in their New York offices and later in Chicago, where he relocated in 1930. Six years later, he established his own studio in Chicago; during this time, he created the majority of photographic advertisements for Marshall Field & Company, among other clients.

In Chicago, Coster developed his unique artistic style while taking pictures of the city at night. Images from this period show impressions of the city through an abstracted perspective, with tilted angles and unfocused lenses. These experimental works ultimately led him away from advertising and to a new career in photojournalism, where he began freelancing for Life, Fortune, Time, Holiday, and Scientific American. Much of the work from this period focused on workplace justice and social rights; one such image for Life in 1947 was of Caroline Davis, vice-president of a labor union, sitting at her home reading a union newspaper.

In 1946, Coster was invited by photographer and Bauhaus professor László Moholy-Nagy to lecture in his course “The New Vision in Photography” at the Institute of Design in Chicago, alongside photographic luminaries like Berenice Abbott, Erwin Blumenfeld, and Paul Strand. Coster later returned to lecture on his own at the Institute, teaching sporadically through the 1950’s and early 60’s; during this time, New York’s Museum of Modern Art featured his work in two prominent exhibitions, “The Family of Man” and “Memorable Life Photographs”.

Other projects throughout his 40-year career included detailed looks into midwestern life through the 1930s and 40s, including life on the home front during the Second World War. His documentary work showed automotive factories being repurposed for military manufacturing, women working in factories, rallies, and bake sales all in support of American troops. During this time, he also photographed mental institutions, including nurses and patients. These works offered the public a rarely seen perspective and demonstrated Coster’s overarching interest in social issues.