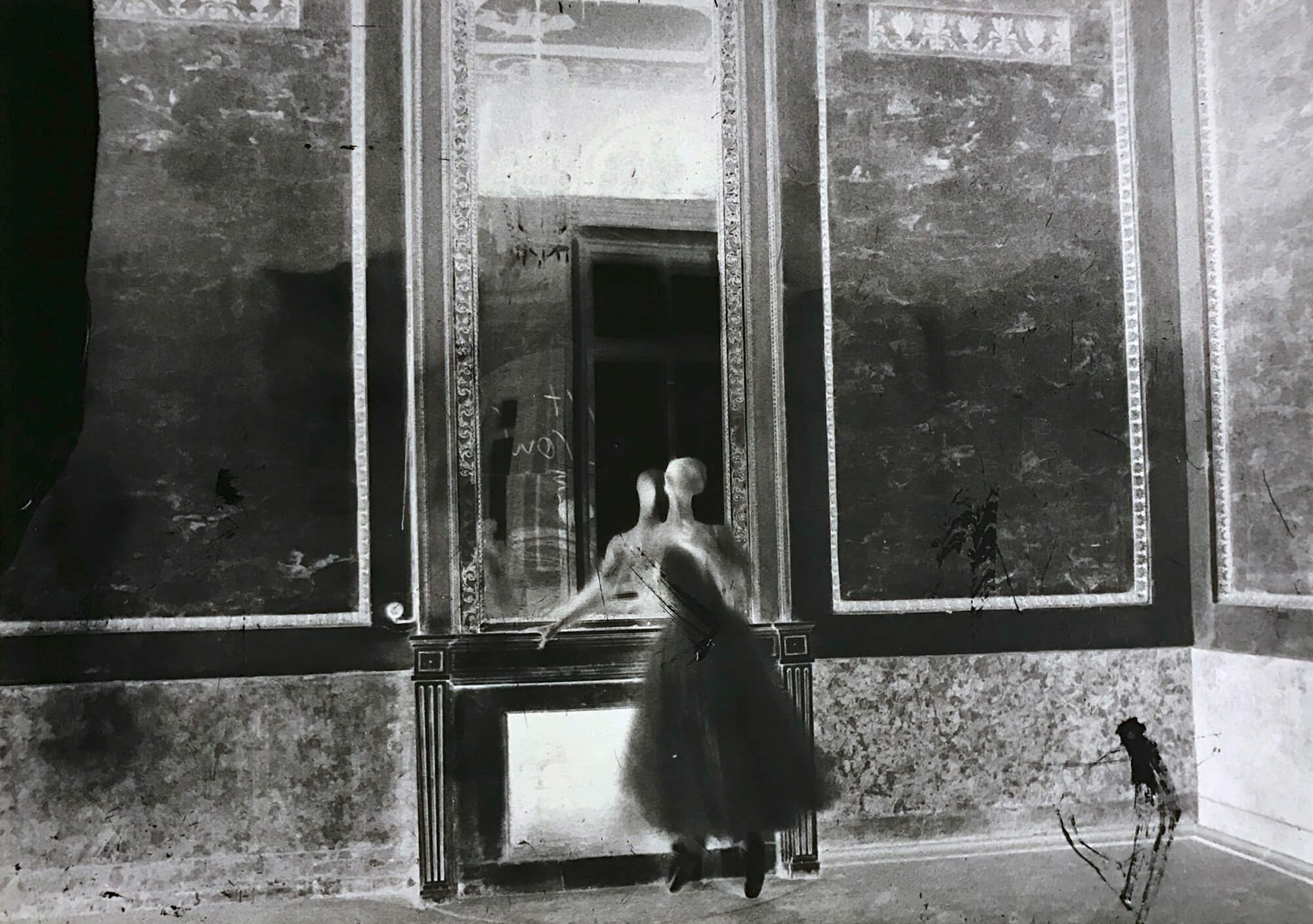 “Death must be so beautiful,” says the specter of Oscar Wilde’s design in The Canterville Ghost. “To lie in the soft brown earth, with the grasses waving about one’s head, and listen to silence. To have no yesterday, and no tomorrow. To forget time, to forget life, to be at peace.”
Deborah Turbeville’s photographs, constantly imbued with the patina of a soft brown hue, as if yellowed through the years (though this is not due to the ravaging effect of time, but rather Turbeville’s own methods to distress them) reminds one of that tranquil final image. Though her pictures of women evoke a certain melancholy, often unsmiling and somber in deteriorating spaces, there is always a beauty in the decay. 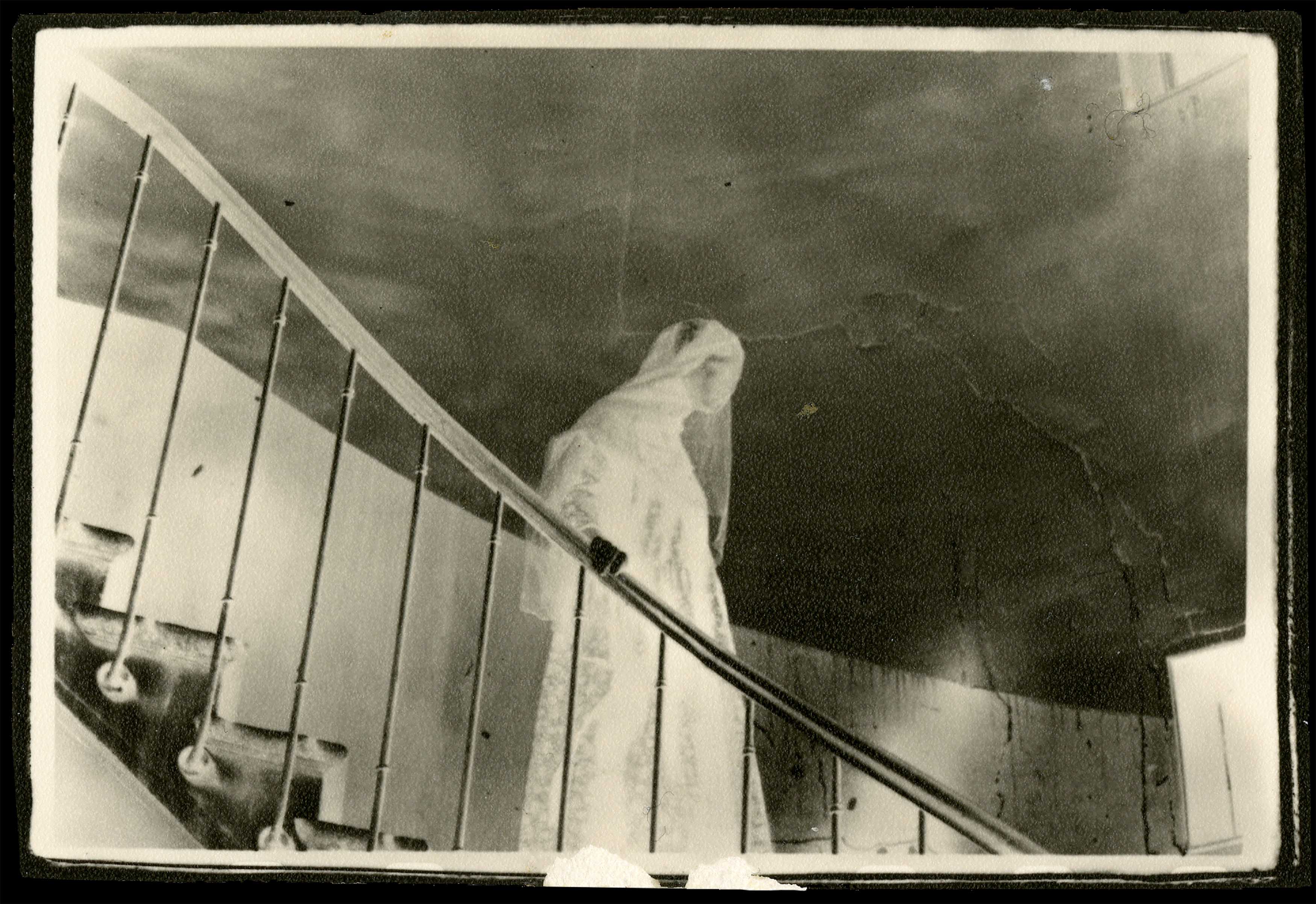 Comme des Garçons, 1980
Architectural decay interested her, too. After a meteoric rise in the ‘70s shooting fashion editorials, Turbeville gained recognition for her 1981 book Unseen Versailles. In Turbeville’s Versailles, the once-glimmering, gilded palace stood barren, the imperialistic flame burned out long ago; almost-empty rooms have sheets thrown over baroque chairs, and nothing more than a single beam of light illuminating the forgotten space. Though one can almost feel an inch-thick layer of dust across the covers, the rooms have not crumbled (though Turbeville noted that she would have preferred more crumbling, and considered bringing in a cob-web machine to help push things along). This Versailles is a veritable ghost town, as if the royal court had simply packed everything up for a sojourn in a warmer climate and never returned. 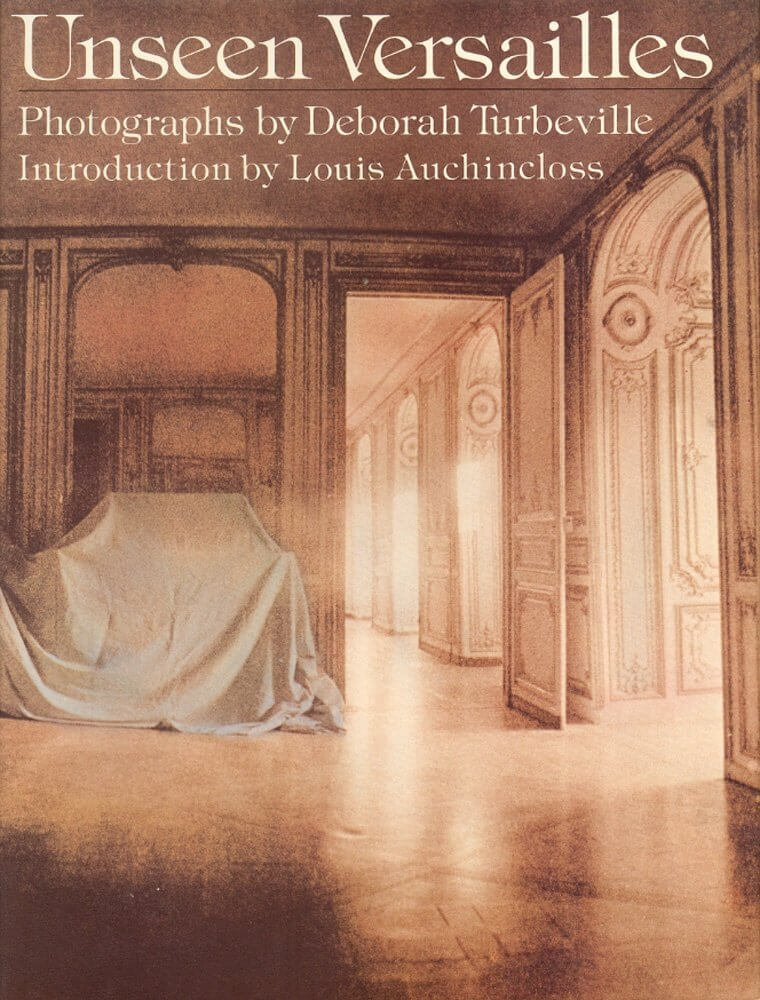 The unused opulence is a visual parallel to the interiors of an old Baroque palace shot by Alain Resnais in his surrealistic 1961 film Last Year at Marienbad. A favorite of Turbeville’s, a man pursues a woman through rooms of mirrors and immaculately tailored gardens, trying to get her to remember their encounter a year before as she grows visibly more disturbed, the ghost of their relationship too frightening to bear.
Film Stills from Last Year at Marienbad

Somewhat fittingly, Unseen Versailles, which showcased the remnants of a collapsed monarchy and a palace’s fall from grace, was realized thanks to Jacqueline Onassis, whose own Camelot had imploded in one fell swoop. During and after the JFK presidency, Onassis had gotten a glimpse of a hidden Versailles, a labyrinth of back stairs and private living quarters kept far away from the view of wandering tourists. Determined to have it documented, while she was working as an editor at Doubleday, Onassis engaged Turbeville, whose poetic vision she loved, to capture the decaying grandeur and revive the stories of the people who had lived there. “On the back stairs, everybody was throwing chamber pots out, sellers were trying to sell laces, Voltaire was stomping up, love letters were passing hands, and assignations were going on,” Onassis told The New York Times. “All those lives,” she continued, “you can just feel them, like ghosts.”
Unseen Versailles was something of a departure for Turbeville, photographing spaces largely without actors. Having begun her photographic career by shooting editorials for Vogue in the 1970’s, she became known for her singular view of women; forgoing the charged eroticism of Helmut Newton and Guy Bourdin, Turbeville’s lens created a peephole into the private lives of women, sometimes pensive, sometimes eerie. This voyeuristic perspective, almost anthropological, was aided through finding hidden places to place them in, imbuing her photographs with a slight unease: it almost feels a trespass to look at them. 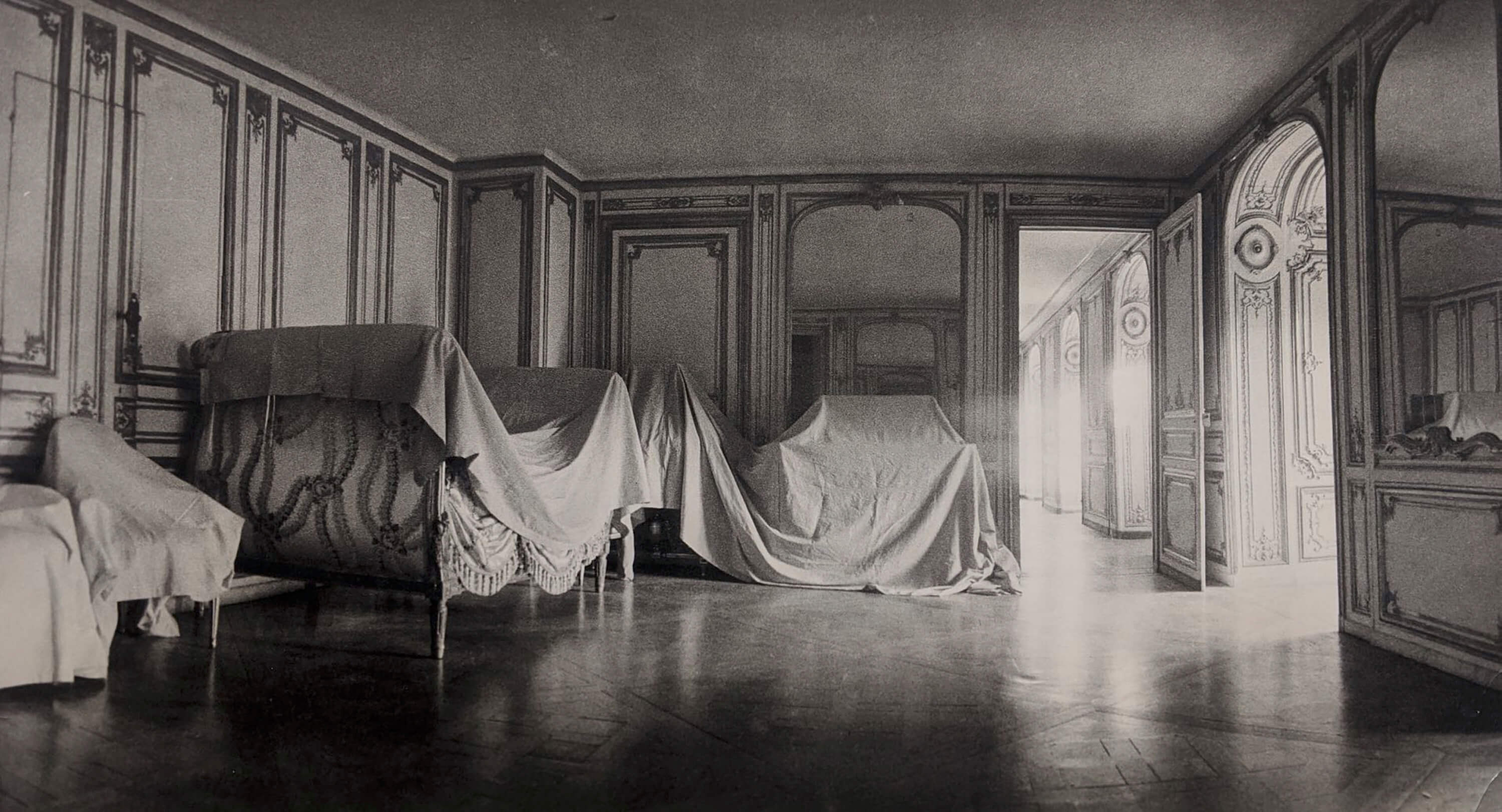 The Private Apartment of Madame Du Barry at Versailles, from Unseen Versailles, 1980
Perhaps her most famous photograph from this period, Bath House, New York City, May 1975 which ran in Vogue, shows five models in an abandoned, run-down bathhouse, slouching and stretching. 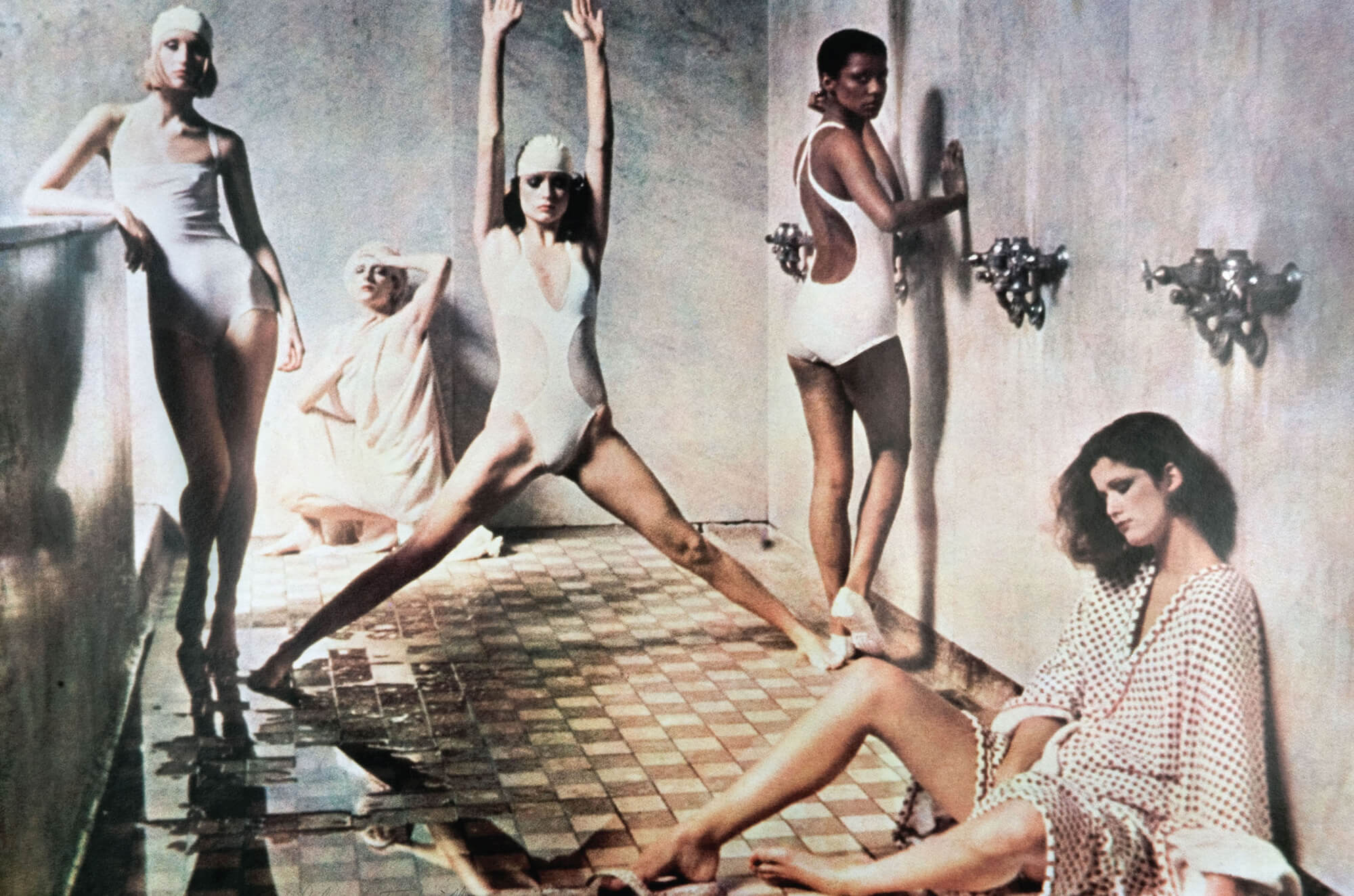 From the Bath House Series, Vogue, 1975
Though she often contributed to fashion publications and collaborated with fashion houses, she did not identify as a fashion photographer, and was thoroughly uninterested in the sybaritic nature of traditional fashion photography (beyond the few contemporaries of hers whom she admired, such as Richard Avedon or Gösta Peterson). To illustrate her sentiments, she once designed her “ideal” fashion magazine, Maquillage, the theme of which can be summed up by a note she scrawled on the second spread that begins, “I feel that New York is a house of Death…”.
Around the 1980’s, Turbeville began collaborating with another fashion anti-hero, Rei Kawakubo, photographing her Comme des Garçons: in one such picture, shot on a dark staircase, only the outline of a veiled woman is visible, an apparition captured on film. 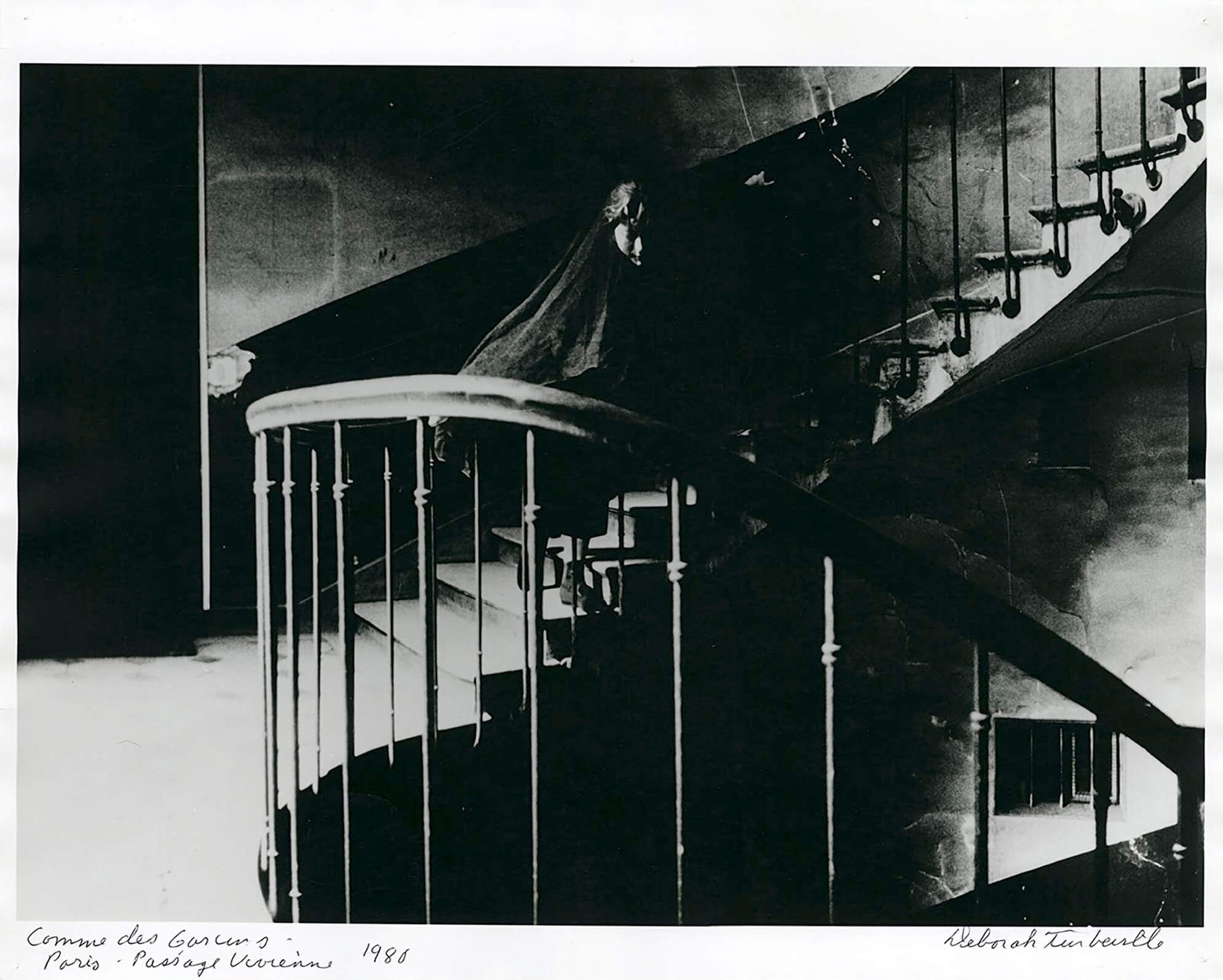 Comme des Garçons, Passage Vivienne, Paris, 1980
This ghostly quality appears in many of Turbeville’s photographs, who preferred dark to light, and broodiness to blitheness. “She hated a bright day,” recalls Paul Sinclaire, a close friend and co-chair of the Deborah Turbeville Foundation. “If it was bright and sunny, you could forget it. [But] if it was raining and grey and foggy, you knew you were going to have a magic shoot.” For phantasmic effect, Turbeville often overexposed her subjects, or would photograph them looking through a windowpane, sometimes with the glass cracked, and leaving a fine sprinkling of dust across the image, a veiled world of transient beauty. 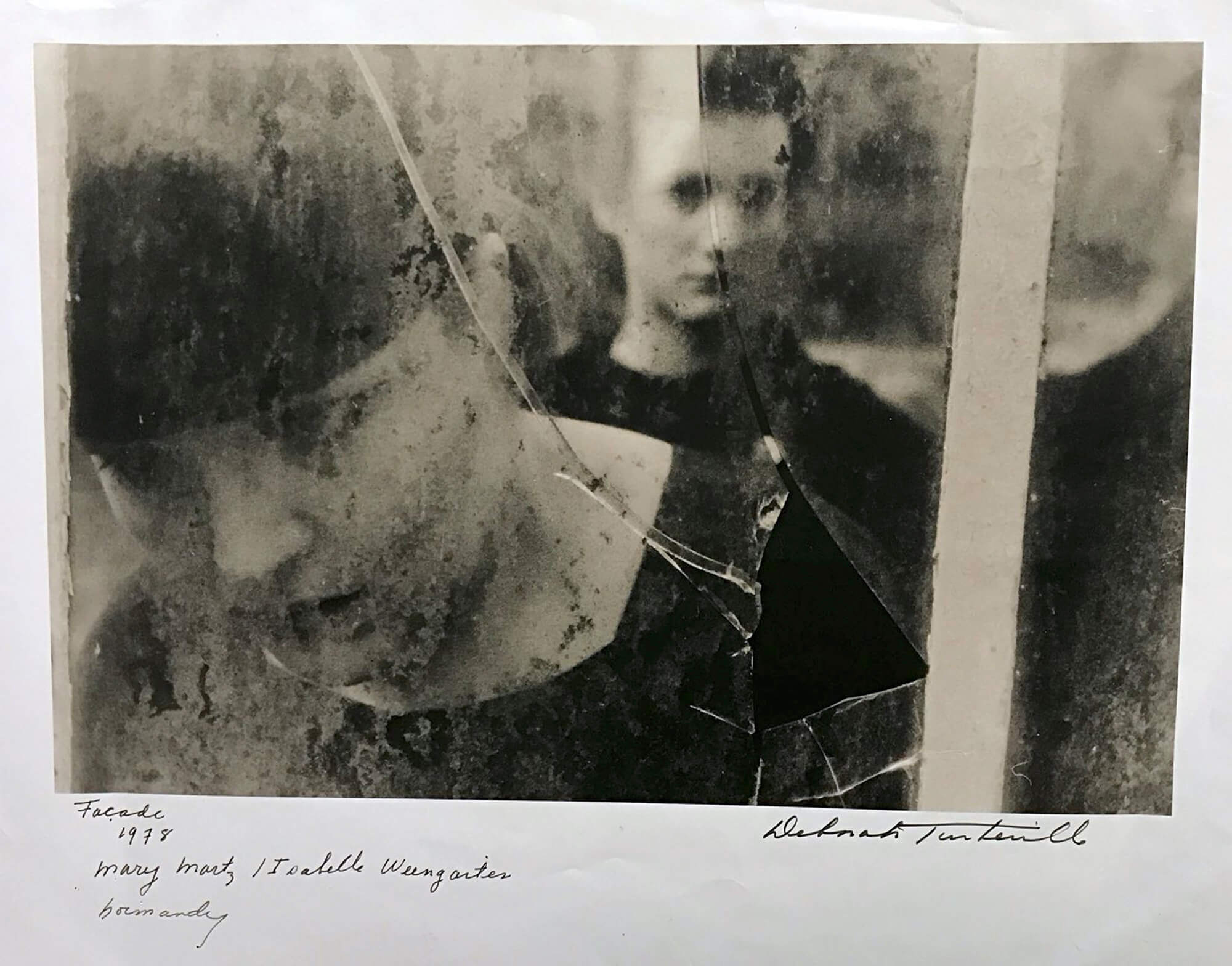 Façade, Mary Martz & Isabelle Weingarten, Normandy, 1978
“She found joy and beauty in the most obscure things,” says Sinclaire. “That was her love, and that’s how she found her picture.” 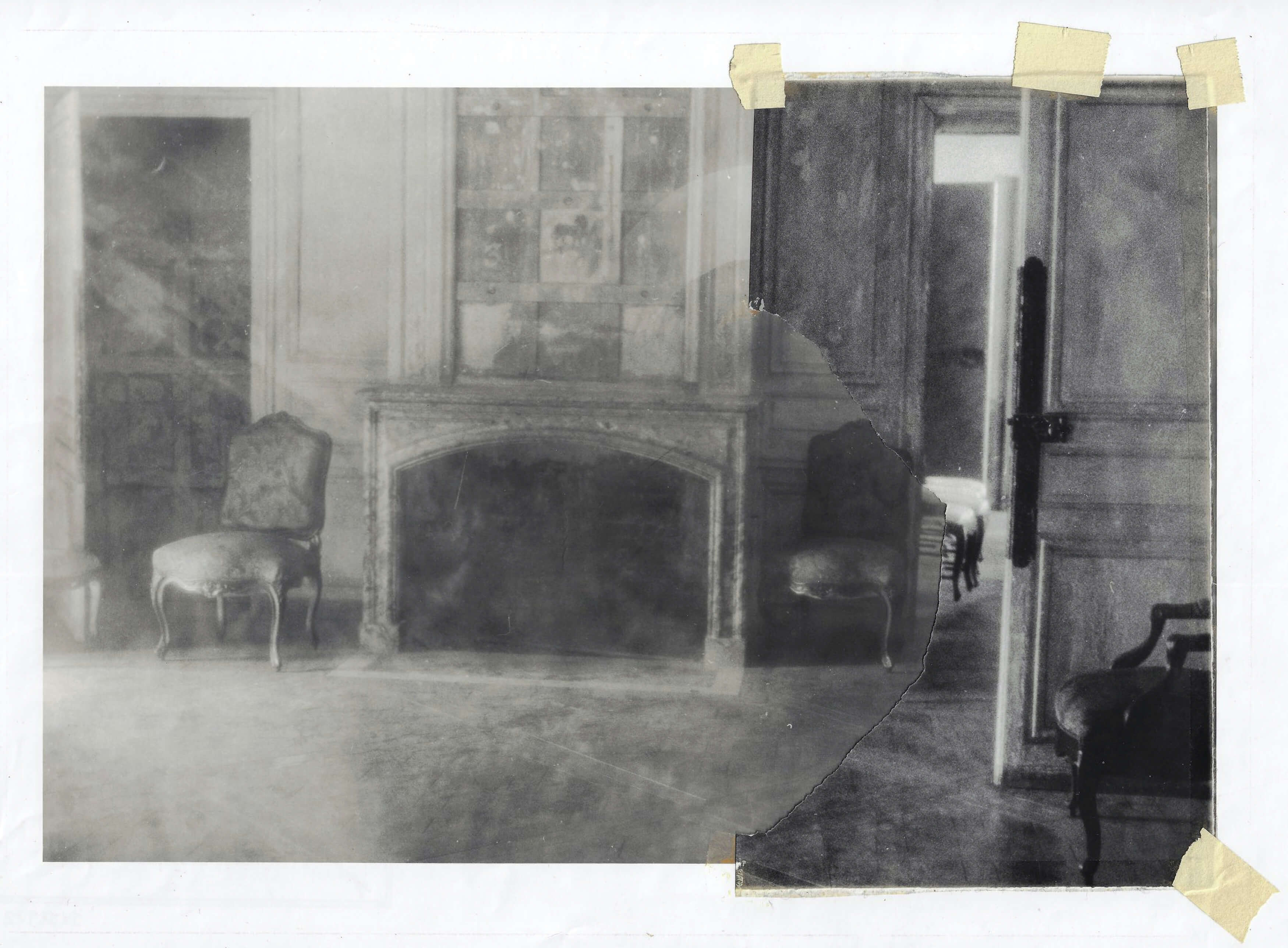 Fireplace in the Petits Apartements of Versailles, from Unseen Versailles, 1980
And once she found her picture, Turbeville often worked on the physical prints to distress them, tear them, and tape them. More than images, the photographs become objects as she stitches together collage, or writes in the margin in her gentle script. Collage created the same cinematic landscape she loved, weaving together a narrative.
Here are a woman’s legs, mid-stride atop her heeled Mary Janes; suddenly she darts forward, the shutter racing to capture her in frame; finally, she comes to a blurred stop.
Where is she going? What is she running from?

Untitled (Cooper Union School of Art), 1975
Despite the potentially sinister interpretations of her images, Turbeville’s work never feels frightening. Her photographs were meant for the gloaming, that thin place between gloom and tranquility. But Turbeville herself was happy. “She just saw beauty in a different way,” Sinclaire says.
Looking at the Turbeville woman, Keats’s Ode on Melancholy comes to mind: “She dwells with Beauty—Beauty that must die...” 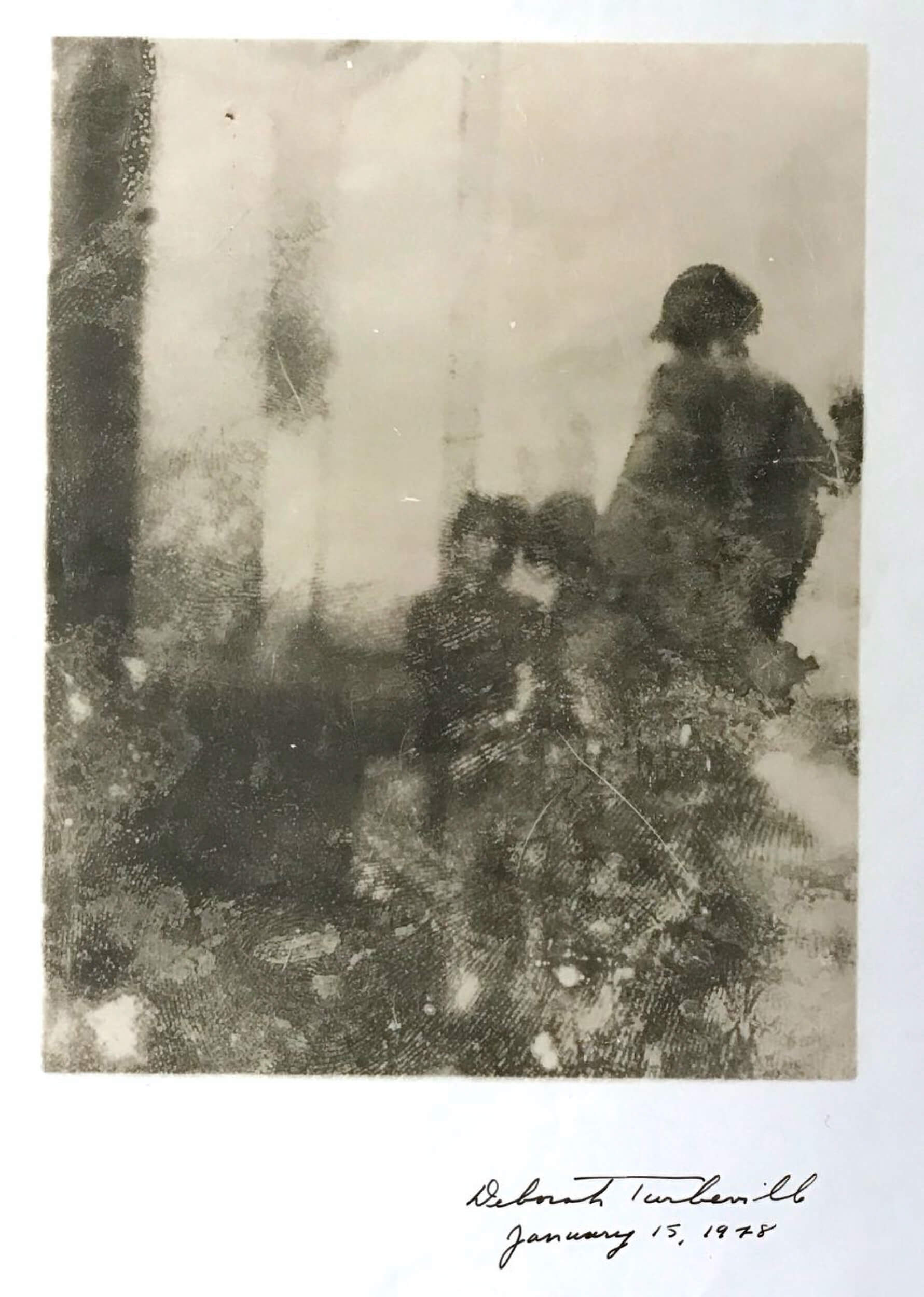